Jazz Foundation of South Africa (JFSA) is a non-profit company, formed in 1983 in pursuit of the creation, presentation and
preservation of the local Jazz art-form and other related music genres.

Paramount to the organisation’s raison d’etre, is the need to work tirelessly against the marginalization of the Jazz genre’ as
an art-form on account of the ever-encroaching influence of commercial music genres and the spellbinding effect they have
on our youth and by extension, community social space. Furthermore, it is our commitment to ensure that awareness
generating programmes are put in place with a special focus on young people so that we can showcase the beauty and
relevance of the Jazz genre’ in the realm of the music industry.

We do this through live concerts, workshops and support structures for budding Jazz musicians so that they can be easily
integrated into the current pool of our local stalwarts in the art-form and give them the assurance that being a jazz musician
can be rewarding and sustainable career path. It is pursuant to these Ideals that the JFSA has developed the concept of
International Big Band Festival that is dedicated strictly to the genre’ to help deepen the culture of Jazz and related art-forms
in South Africa. Over time we have adapted our offering to the needs of the local market and our developmental objectives by
refining the structure of our live events and their focus, and to that end we have in keeping with times, developed a
contemporary concept that best meets the expectations of the South African jazz music genre enthusiast and simultaneously
act as a window of opportunity to lure younger music enthusiasts into becoming aligned to the jazz sound by bringing in
developing local musicians to participate in the live performances as part of an international ensemble featuring some of the
art form’s greats.

International Big Band Festival is a live concert performance celebration of the jazz sound that recognises the need to use the
jazz genre as a conduit through which local music can be introduced to a wider international audience through collaborations
and talent development partnerships with international jazz musicians, producers as well as recording companies.

The International “BIG BAND FESTIVAL” format merges several small local band sets into a bigger unit, enabling them to gain
the experience of a big band environment and share the stage with some of the world’s leading musicians. The local line-up
will be augmented by a component of leading Jazz musicians from all over the world performing in big band formats including
collaborations with some of the most celebrated local Jazz artists.

It is the case here that our event is planned within the premise that it would have been conducted virtually.
A canned limited audience (200) two-day performance that will be offered on a physical attendance basis. This will enable the
JFSA to derive revenue from advertising and subscriptions for the show.

a. Canned performances will be syndicated for live streaming and made available for sale either as downloads
or physical DVDs at a later date.
b. It will give the Big Band Festival brand a big boost because of the inclusive programme which will be a fillip
for future events in terms of popular support.

These options will give us a realistic opportunity to still achieve not only the developmental objectives but long term-economic
benefits as the participating young musicians will gain more knowledge and hone their skills into commercial quality
performance that will help them grow into gainful economic activity through their musical skills.

Furthermore, the critical nature of the need for South African musicians to access the opportunities to share the performance
stage and experiences with renown veteran/international artists on a regular basis is borne out by the benefits of the inherent
cultural exchange as well as the learning opportunity that these kinds of encounters can present, boosting talent development
and the nurturing of emerging musicians with ambitions of achieving international recognition. The other critical value of this
endeavour is the social integration benefits that will inexorably accrue from it.

The JFSA’s International Big Band Festival offers the platform to meet all the criteria for partnership with both the private and
public sector;

• The concept of the Big Band production that the JFSA has developed is in itself a brand-new format of live jazz
performances in South Africa and offers new artists to become part of a new recorded production that will be offered
commercially with part of the proceeds paid to them as fees for their contribution. The commercial release of the
CD/DVD will go a long way in addressing the artists sustainability.

• Our track record is testimony of the number of capacity building interventions that were funded by the proceeds of
the events we’ve staged in the past and this is the trend that we intend to continue building on.

As stated earlier the staging of this event is premised on three cardinal objectives:
• The development and preservation of the jazz genre as an integral part of the foremost art-forms in South Africa
and creating a window through which the world can gain access to the wealth of creative talent resident in this
country.

• The generation of perceptibly significant economic benefits for the host province and municipal area and its
environs through event related employment, supporting industries’ spin-offs and event spend

• Creation of an enabling environment for the deepening of social integration for the host province, the region and
South Africa as a whole because of the socio-cultural exchange element that an event of this magnitude brings
into play.

Having been in operational existence for a period spanning over 30 years, the Jazz Foundation has firmly established itself as
the doyenne within the realm of jazz appreciation and event organisation, especially where the events are focused on the
development of local talent and for the benefit of previously disadvantaged communities.

Over this self-same period not only did we establish a reputation for ourselves as such, but also earned recognition for our
commitment to the development of local talent within the genre and our tireless work towards the establishment of beneficial
relations with world renown artists so that they can help us with the implementation of our vision to develop local talent and
give young unheralded musicians an opportunity to make breakthroughs in this very arduously difficult industry genre.
We have also over the years developed an approach that emphasises on the marriage between social prerogatives and
commercial consideration in the quest to find the right mix for the benefit of local musicians and live up to our founding
principles which has help us to achieve the successes we’ve had over the years in placing local talent on the world map and
bringing artists of international acclaim to perform for an audience which is predominantly of people from previously
disadvantaged communities who had in the past, only associated those artists with the copies of their recordings in their music
collections, but never a likelihood of seeing them perform live.

Central to our capabilities and event readiness is having a team that has gained age honed skills and experience in the hosting
of high-profile events. 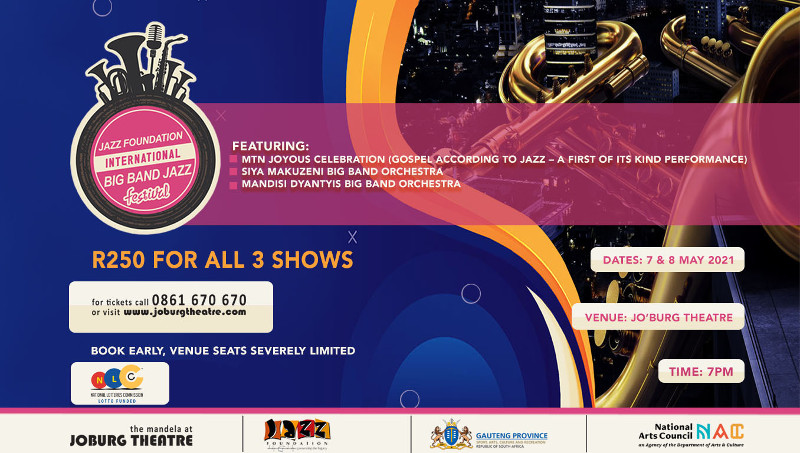